Grey Nurse Shark
(Carcharias taurus)
The Grey Nurse Shark (Carcharias taurus) has many names. I learned to call them Ragged Tooth sharks, or Raggies as I grew up and then knew them as Sand Tiger Sharks until I came to Australia where everybody calls them Grey nurse sharks. Whichever way we call them, the grey nurse sharks are one of my all time favourites. They are in the same family as the Great White Shark and in some angles (especially when they are coming towards you from the distance) they even look like one - with their white belly, big body and scary looking face.  But fear not - these guys are mostly harmless. They are big (up to 3m long), curious, gentle sharks that look like a "proper" shark.

They are a critically endangered species, mostly in part to the fact that the population in the East Coast of Australia is not able to travel across to Western Australia, South Africa or the USA where other populations exist, and genetically our East Coast of Australia population has become genetically distinct over time. So even if you could somehow fly a shark from South Africa to Sydney the sharks would be too genetically different to successfully breed - they would instead introduce all sorts of viruses to each other.

As this species is critically endangered I highly recommend that you share any photos you take with SpotAShark where we can match the shark with others in the database (we have about 1200 individuals in the database). I could talk about Grey nurse sharks all day and have become obsessed - please check out our SpotAShark to learn more. 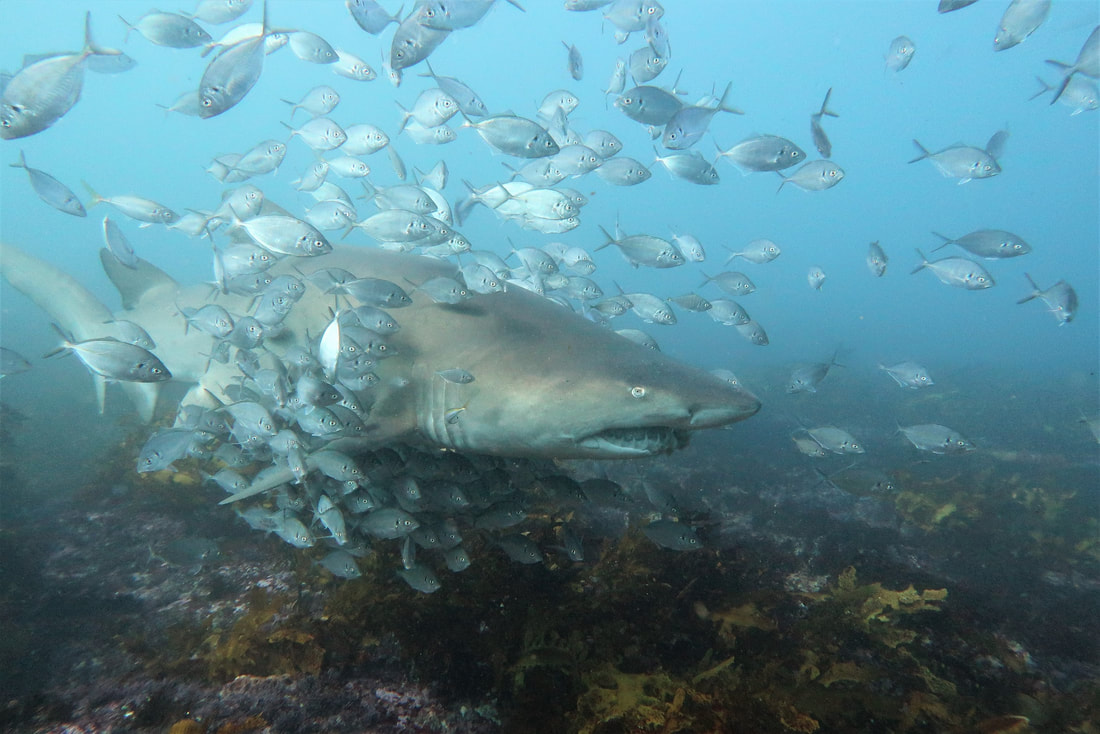 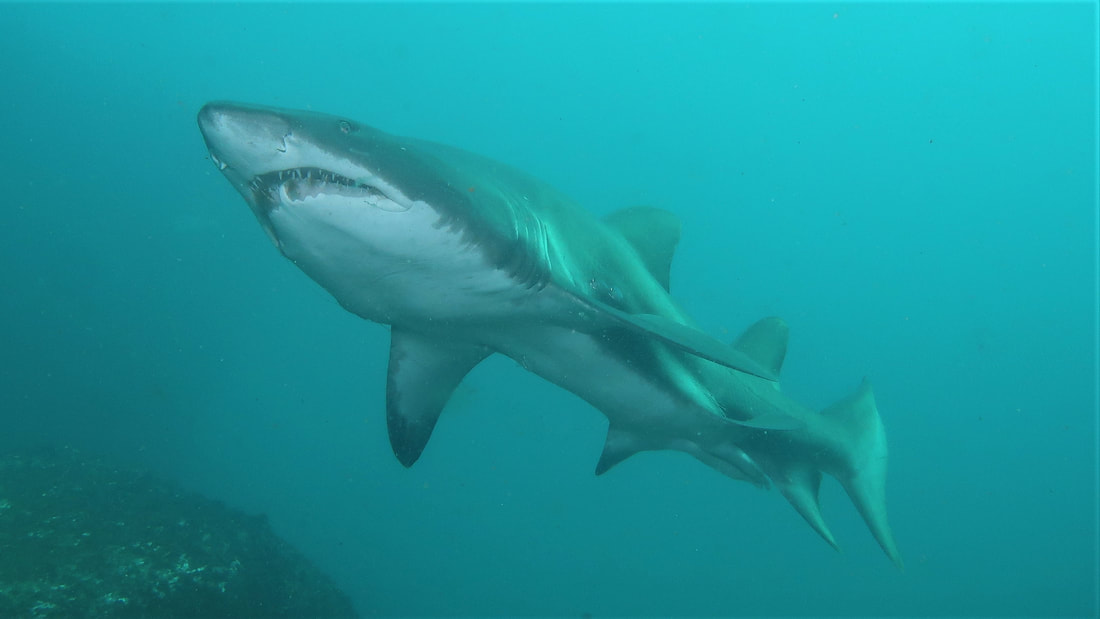 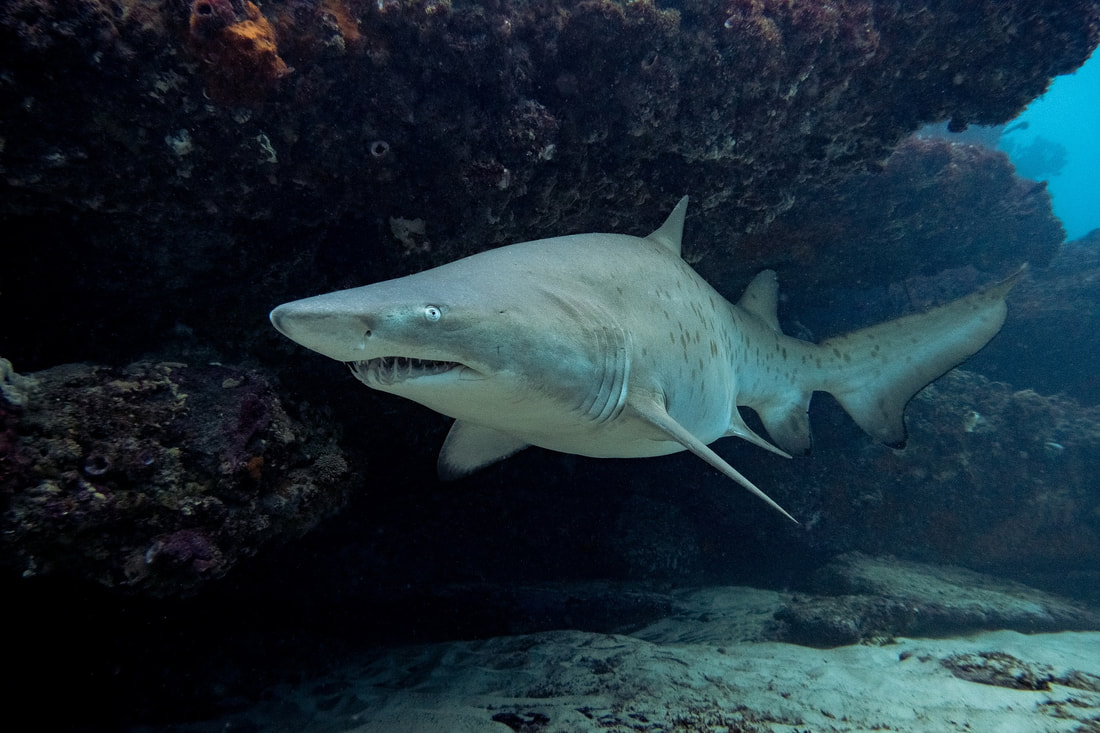 Sightings in Sydney:
We have a few sites in Sydney where we can see them from the shore; Magic Point Maroubra, Shark Point and Bondi.  I would recommend people get to Magic Point by boat - I have done the hike to get there, but doing an hour's hike over boulders with all your gear on to get to a dive site is certainly not ideal! They are also not a guaranteed sighting - they are certainly more of a magical surprise.​
Breeding:
The Grey Nurse Shark is a fantastic example of oviphagous breeding biology. They reproduce in a similar way to that of humans, where embryos are fed from a placenta - except in this species of shark there will be a fight for survival before the pups are even born. She has two wombs, and within each womb only the strongest will survive. The first developed pups in each womb will dominate and eat its siblings ensuring that only the strongest shark in each womb is born, This gives them an increased survival rate.

Migrations:
It is believed that this species of shark migrate up and down the New South Wales coast. A friend of mine has spotted a particular Grey Nurse Shark in Sydney that had a severe form of scoliosis (bent spinal cord), so pretty recognisable, and they were able to identify that it was the same shark spotted up in South West Rocks earlier that year (455km away).
UA-117252531-1